For the last couple of months, the boys have been asking to share a room. They were sleeping in each other’s room for some time after the most recent hurricane, and decided they liked that better than staying in their own rooms. We weighed out the pro’s and cons of moving them in together- they do get along really well, Nolan’s room was plenty big enough for 2 kids, we could have a designated guest room and Chris could have his office to himself. So, we decided to go ahead and make the transition. And, in true Smith fashion, we took this project on riiiiiight before Christmas. Because there’s not enough going on that time of year!

This was Nolan’s room when it was still “Nolan’s room.” It is a nice sized room so it made sense that they would go into that space. 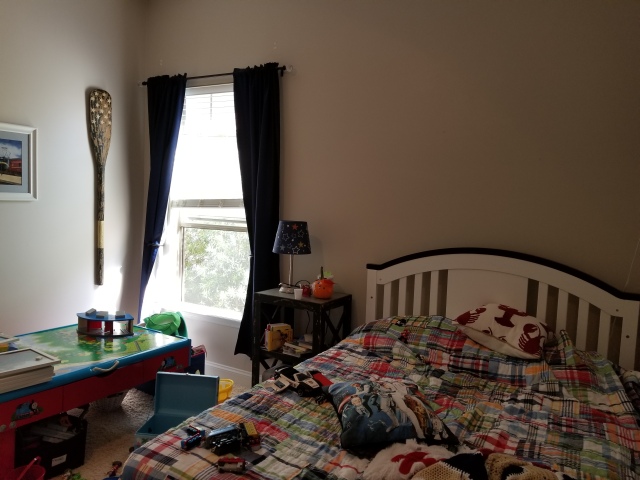 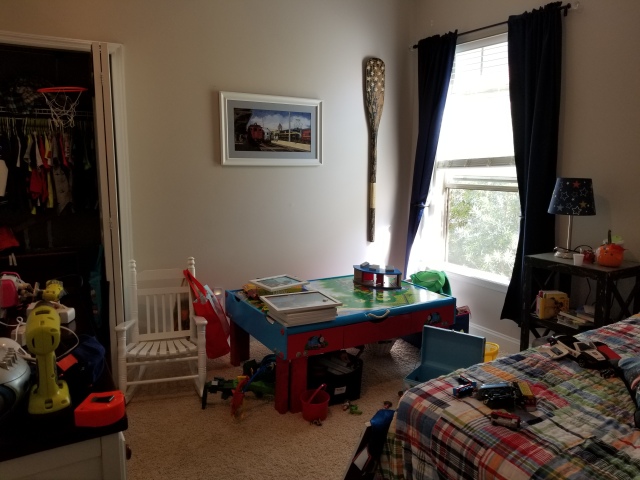 Ok, this was during the transition. It’s not usually quite this much of a hot mess.

Here was Brady’s room, which has turned into our guest room. 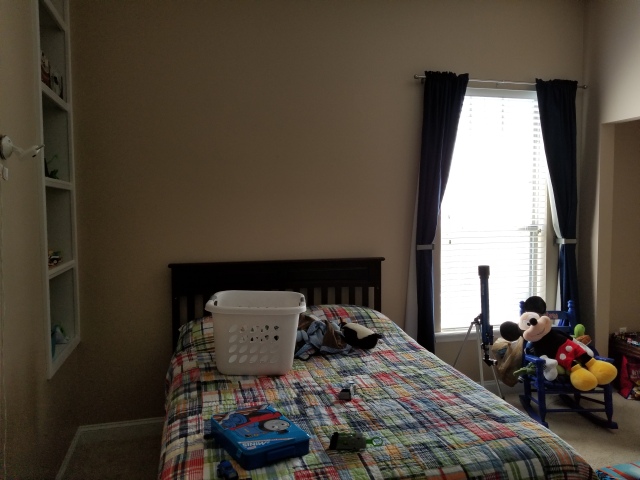 We decided to stick with the boys’ full sized mattresses that were not that old, and got the boys a full over full bunk bed. They LOVE it. We are using Brady’s old dresser and bookshelf and Nolan’s old dresser is now in the guest room. There was a lot of re-arranging during this process figuring out what would fit where. We also painted both spaces and added a cool feature wall in the boys’ room. Here’s the work in progress pics… 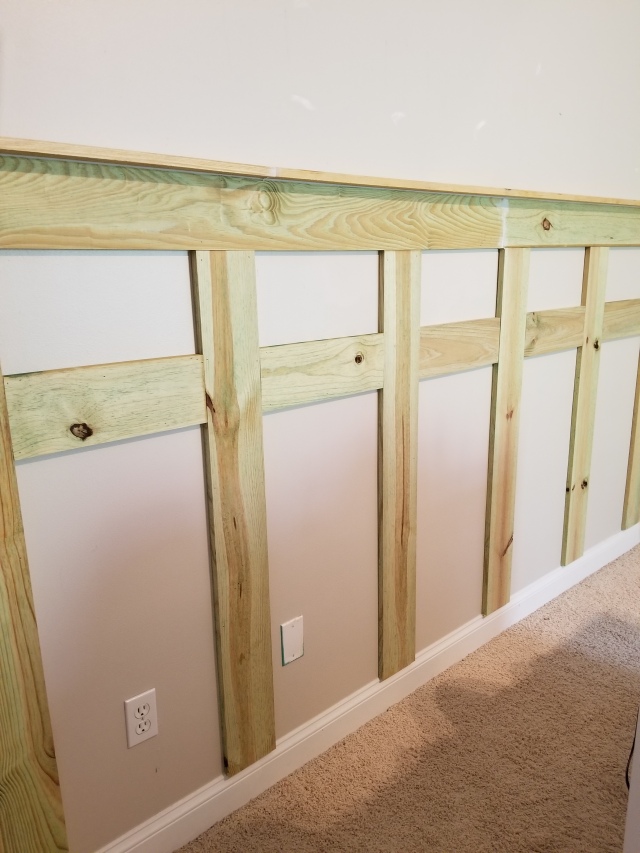 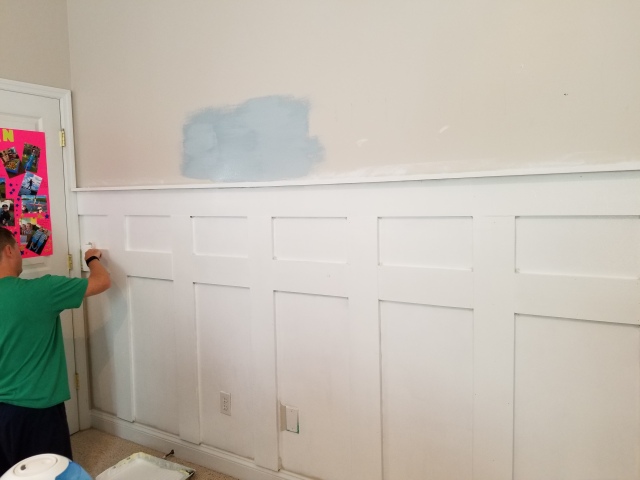 We first started painting the room that light blue color you see, but realized it was too baby-ish for our big boys. *tear* So we ended up re-painting it a darker “denim blue.”

Here is how the boys’ room looks now! 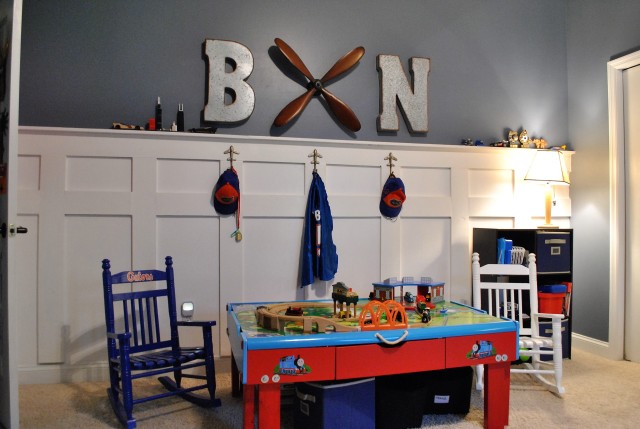 I love how this wall turned out! For now we have Nolan’s big old train table taking over this space, but eventually I hope to put in some sort of desk or maybe Lego building station. 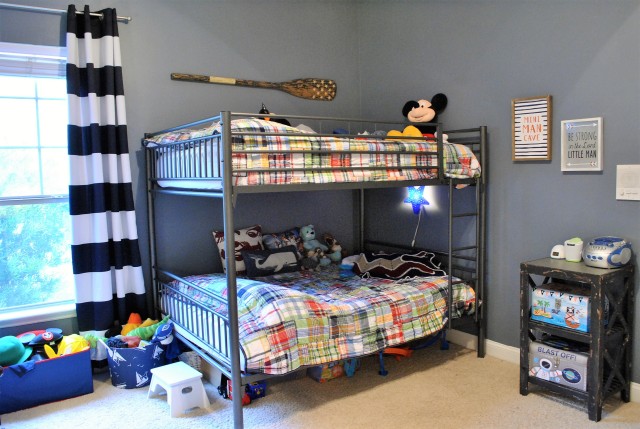 Brady is on the top bunk because OMG Nolan can’t be trusted up there. 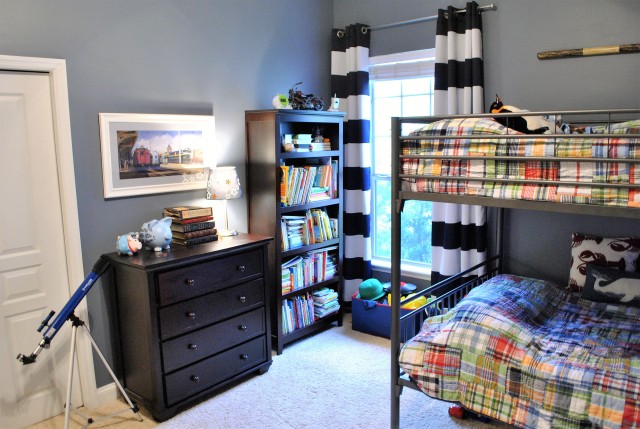 That little train print was purchased at the Strasburg Railroad during our time in Pennsylvania and it always makes me smile. The boys will have this in their room FOREVER if for nothing else because the custom framing was ridiculously pricy and I’m getting my moneys worth whether they like it or not! 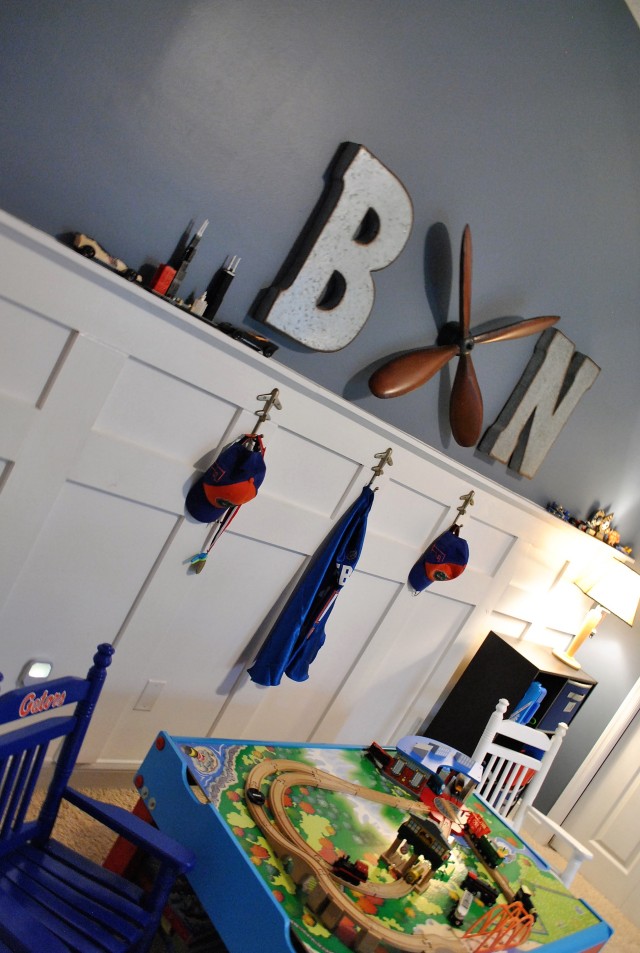 Love their little rockers that my Grandma bought them!

So far the boys are really loving sharing a room. I get such a kick out of hearing their little conversations at night…pretending to be Star Wars characters, acting out football games, and recounting the day’s events. Who knows how long they’ll love living together, but for now, it’s adorable!

And, Chris is loving having an office to himself. He just purchased a new desk and is planning to install hardwood floors and make it his own man cave. (Little known fact, Chris HATES the phrase “man cave.” So naturally I call his office a man cave every chance I get.) Enjoy your new man cave, honey!

We also did a quick paint job on Brady’s old room and turned it into a guest space. Btw, so sorry to our guests we had over Christmas who were surely breathing in brand new paint fumes as we finished painting it 2 days before Christmas. Aaaahh! 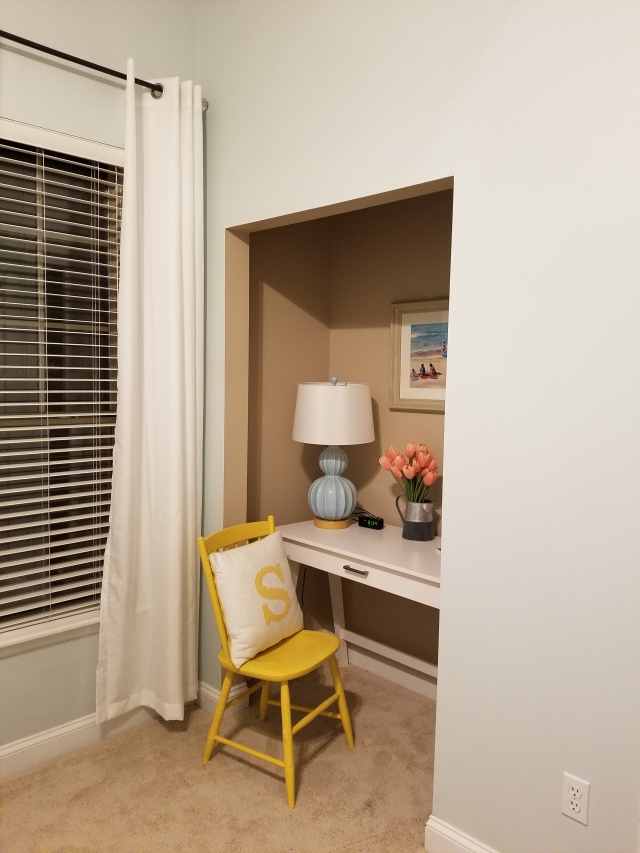 Can we talk about how sweet this little yellow chair is in the guest room nook? Shout out to my neighbor Cynthia who was giving it away. I love the pop of color! 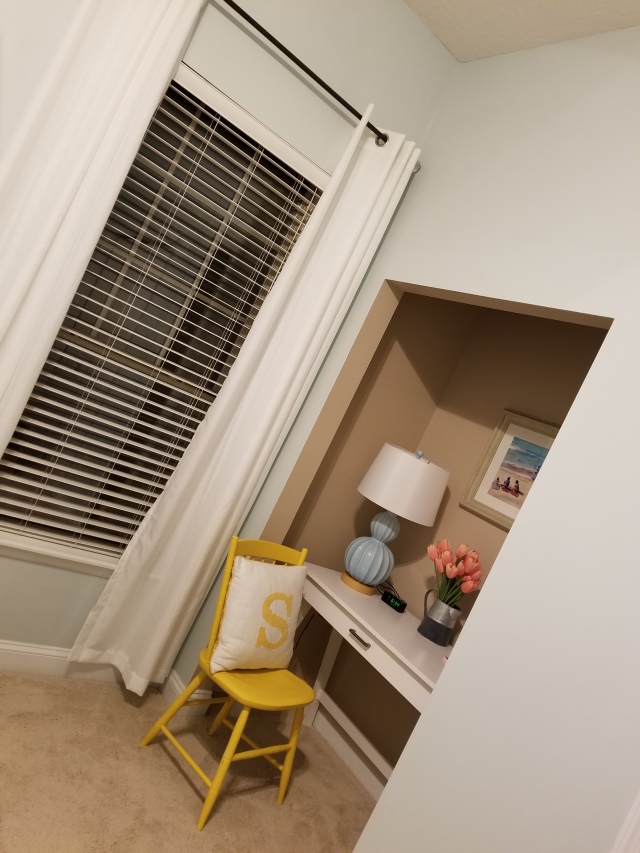 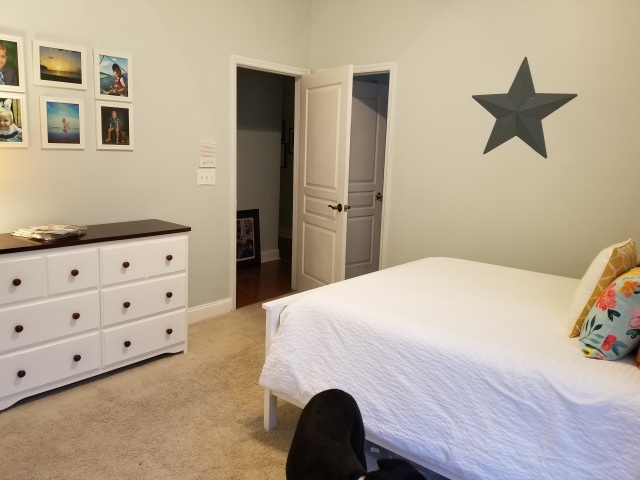 This was taken right after we finished painting (before I got the cool yellow chair and moved this gray one back where it originally belonged!) Notice the window open desperately trying to get rid of the fumes. 🙂 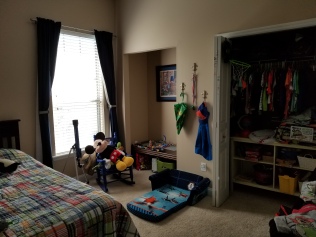 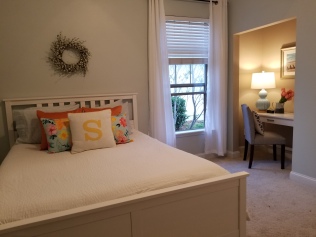 And Nolan’s room is now the mini man cave- 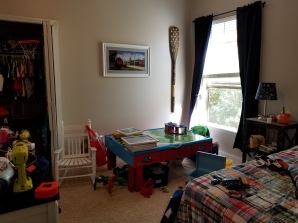 Stay tuned to see how long the boys want to share a room. Lord willing, I will not be spending next Christmas break putting it all back how it was!

2 thoughts on “The Mini Man Cave”